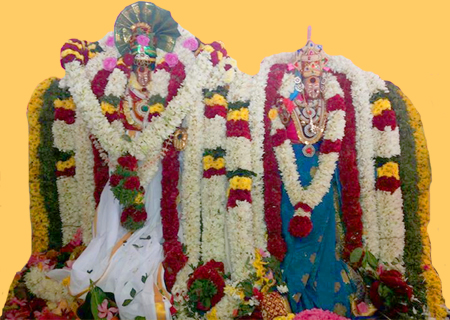 Sri Manneeswarar is to be remembered that as a swaymbu Lingam, under Kailasa vimana (tower above the sanctum) Lord Manneeswara graces devotes. Other shrines of this temple are 7 Nagar idols (Snake idols) known as Sarparaja shrine, Tiruneelakanda Nayanar, Anjaneya, Deivanai, Valli, Bhairava,Nataraja, Jupiter (Guru Bhagwan), Muruga, Nalvar who sang the Tiruvasagam and Thevaram hymns.
Devotees conduct special abishek to Lord and Mother. Devotees pray in the temple, seek pardon for bad doings committed knowingly or unknowingly plus repent for the sins continuing from births of past. They donate and give special offering to the Lord and Mother Goddesses too.
The region was a jungle in olden days densely infested with Valli plants. A hunter, Anni by name was eking his livelihood by hunting animals though he knew that killing lives was a sin. He knew no other work for living. One day, as he did not get any animal, he dug the Valli plant for its root to quench his hunger. Surprisingly, the length of root did not reduce despite his cutting and found it in full size despite his cutting it repeatedly. Out of curiosity, he continued to dig further and found the root bleeding. A voice came then saying that all his sins had been pardoned and advised him not to continue hunting. The hunter trembled and informed the king of what he saw and heard. The king found a Shivalinga in the place. He tried his best to pull out the Linga with a chain dragged by an elephant but could not succeed. Lord appeared in the dream of the king and advised him to drop his efforts to pull out the Linga as He would like to stay there itself. The king built the temple in the place.
Lord Sri Manneeswarar graces as a swayambumurthi under the Kailasa Vimana in the sanctum in the colour of sand. Rajagopuram is a 7 tier structure. There is also a wing like form on either side of the Shivalinga as that of Garuda (the eagle vehicle of Lord Vishnu) in a folded form. Garuda has a sharp vision and could see even small things on land even while flying high. It is believed that Lord Shiva is closely watching our doings with His sharp vision, hence this form. It is also believed that the Lord would pardon any sinner if sincerely and honestly promises before Him that he/she would not repeat committing sins. There is also a scar on the Linga showing the sign of a chain and also an injury sign of the weapon of a hunter.
The Lord is called Anneeswarar as He graced a hunter and the place Anniyur. Special pujas are conducted in the temple on new moon days. Mother graces in the name of Arunthava Chelvi. Oonjal festival is celebrated on each Fridays blessing devotees worshipping Her that day with child boon. While Mother Durga graces in the Shiva prakara in temples traditionally, here Sri Durga is in Ambica side. It is believed that all prayers are favourably responded in Durga shrine.
According some epigraphic evidences, the place has a mention as Mel Thalai Thanjavur. There are shrines for Sun and Moon near the Rajagopuram. Special pujas are performed on the first Sunday and Monday of Tamil months to Sun and Moon respectively in early morning. All the planets are facing Sun. There is a separate shrine for Saturn – Sani Bhagwan. Dhil rice (EL Sadam in Tamil) is offered as nivedhana to Saturn on Saturdays with pujas. 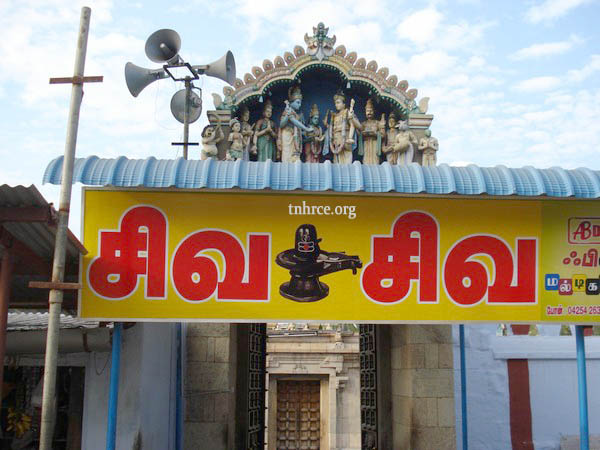